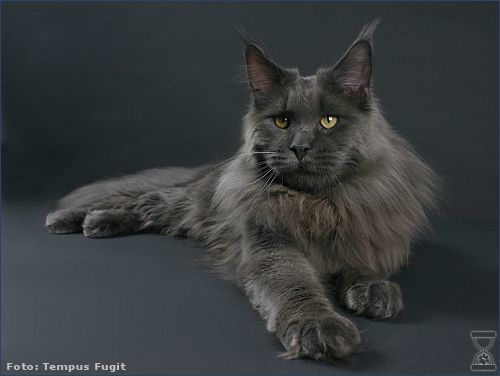 Cats are the kind of pets that can make a person fall in love with them and never let go. Their owners become entirely dependent on their whimsy and their quirks, these cats have their owners wrapped around their little paws. What is in a cat which can make it such a lovable creature? Is it their cute faces, their beautiful eyes or their cuddliness? Alas! We can never know. This is just one of the mysteries revolving around our feline friends. Cats have been around humans for a very very long time. They have been the part of many cultures in varying degrees and roles. There are over 73 kinds of cat breeds found in the world according to the INTERNATIONAL PROGRESSIVE CAT BREEDERS ALLIANCE (IPCBA). One of these breeds is the MAINE COON.

A LITTLE ABOUT MAINE COON:

The MAINE COON is a giant of a cat which is considered to be the largest breed of domesticated cat. It is a native of MAINE a state in the UNITED STATES OF AMERICA where it is the official state cat. It is a long haired cat with a coat of fur which is shaggy, giving it a distinct appearance of ruggedness, its fur differs in length in different parts of its body with tufts of hair on the tips of its ears. It has a muscular body with a broad chest. Its tail is long and extremely shaggy which is used to express greetings and other emotions. It is a beautiful cat which is available in a variety of colours, in fact, Maine Coon was the first ever cat to win in a major cat show in the United States of America. Cosey was a brown female MAINE COON, who earned the distinction in 1895.

Maine Coons’ have heavily padded paws which make them suitable for treading on ice thus this cat is highly suited for the northern environment to which it is a native.

There exist numerous myths and legends about the MAINE COOTS supposed origin. According to one legend, Maine Coot’s are the offspring of a bobcat and a racoon. Other legends give their origin to the long haired felines of a British mariner CAPTAIN CHARLES COON. It is said that whenever the captain made port, his cats would disembark from the vessel and mate with the local population of cats and the result would be long haired kittens and were dubbed as COONS CATS after the captain.

The point is that nobody is certain about the origin of these felines, but this much is confident that they have become an important part of numerous households across the world.

Even in the past these cats were prized because of their exceptional mouse-catching skills, it was also a favourite farm cat.

What makes this cat such a popular choice among humans? Despite its significant size and imposing presence, it has been dubbed ‘THE GENTLE GIANT”. Why such a name? This is mainly because of their personality. They have a very fun and quirky nature which can win over the most hardened of souls. In fact, these cats are so easy going and affable that they are also called the dogs of the feline world, the idea behind the sentiment being that they are loyal, playful, perceptive pets who would never leave you alone. Let’s explore some aspects of the cat, what is the reason behind its popularity will be made clear shortly.

This cat has one of the biggest personalities. It is a generous pet who would give you your space but be careful, too much space is not a word in the MAINE COON’S dictionary. Although this cat would never come across as needy, it loves being around people so any prolonged time without contact is strictly not allowed in a MAINE COON’S world. Usually, a door is the only obstacle which can separate you from your cat. This cat is a truly unique blend of smartness as well as playfulness. It is a very smart feline and loves to play chase whether the object they are chasing be a mouse or a toy. As long as a Maine coon is in the house, you don’t have to worry about rodent problems. These cats are prone to kitten-like behaviour even when they are much aged. This playfulness is incredibly endearing and is a trait which makes these cat extremely fun to be around.

THE SOUNDS THEY MAKE:

These felines have a unique store of sounds that is unlike that of any other cat. Sometimes it almost feels like that they may be speaking to you. They have a whole bank of chirps and trills that are distinctive for the MAINE COON. They are quiet animals but can howl like the best of them when the occasion calls for it.

These cats are a big fan of the purring and are an extremely affectionate breed of cats, and one expression of their great attachment towards their owners is purring. These cats would just curl up next to you and let it rip.

If you have a MAINE COON, you can always expect your feline friend to follow you into the shower or bath with you. These cats love water, just give them a bowl of water or fill up the sink and you will have a fun hour filled with splashing, dunking mostly playing with water.

I could just go on and on about these adorable creatures, their easy going nature and their love for their masters makes them an ideal companion. In no time, these felines would have your hearts in their little paws. But like with any animal, accepting a MAINE COON in your family is a big responsibility. They require constant attention and grooming. They are prone to some diseases. Therefore, their health and wellbeing must be continuously regulated but have no fear here are some tips on how to groom your MAINE COON.

MAINE COONS are long haired felines, and it is imperative that they are groomed daily otherwise your only solution would be to go to the vet to have your cat shaved because if not groomed properly their fur can become tangled and matted thus making it impossible for you to untangle your cat’s coat. Furthermore, these long hairs can also become a choking hazard for your cat in the form of hairballs. So how can we look after these cats?

Like all other cats MAINE COON are also adverse to excess touching especially if the intention of the owner is to groom it. The secret behind a compliant MAINE COON is a young age. If you start the grooming process at a younger age and become successful in creating a routine for your cat, then you are set for life. These cats do not mind being brushed especially on their heads and their bodies but cleaning around their butt and hind quarters can prove to be a trial but get your cat used to the idea is the key here.

Brushing your cat regularly and consistently is the key to soft fur. If you don’t follow this essential step in grooming your cat’s fur can become matted and hard ultimately hurting your cat’s skin when you try to get the tangles out. The following steps can be observed while brushing your cat:

A MAINE COON’S hair can grow very long which is not appreciated by the cat, to keep your cat happy you have to cut the excess hair on your cat’s paws as well as on their hindquarters. These cats do not like to be touched on their hindquarters so you would have to hold your cat down while doing this.

Bathing a cat can be difficult but MAINE COON is an extremely laid back feline and thus even though it may not much enjoy taking a bath but it will also not put up much of a fuss. MAINE COON’s do not require regular baths but because of the large amount of fur that they possess, it can be beneficial for the cat to take a bath. An alternative to bathing your cat is the use of kitty wipes; these handy napkins can be extremely useful in giving your cat a gentle once over.

Though it is not a common practice among cat owners to brush their pet’s teeth but this method can prove to be extremely beneficial for your cat. There is a variety of toothbrushes and toothpaste available which are developed just for this purpose. Although it is not common knowledge gingivitis can prove to be a complaint present in a majority of cats. Thus, by brushing your feline’s teeth, you can protect your cat from such diseases.

Declawing is a common practice among cat owners. Cats have extremely sharp claws which serve numerous purposes. The cats use their claws to catch prey, for traction and while defending themselves. It is not uncommon for owners to get scratched while playing with their cats. Cats also take out their claws when they are displeased and although this may not prove to be much of a problem with adults it can be dangerous for children.

So cat owners usually take the option of declawing their cats. This is done by a vet. But if somebody doesn’t want his or her cats to be declawed, they can go for the alternative of clipping their cat’s nails. The process of clipping nails is incredibly easy:

We can safely say that although this cat requires little maintenance and grooming the companionship that you get in the result of this hard work is worth making the effort for. With a MAINE COON, you not only get a pet, but you also get a lifelong friend.