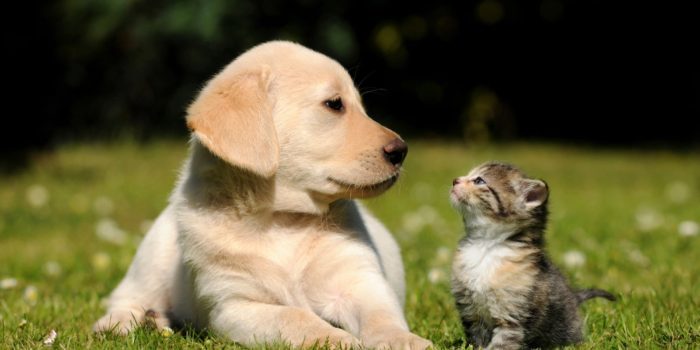 The adorable and imperious Maine Coon cats have been popularized by media as the ultimate felines to own. If this is the first kitten you have decided to bring home, you couldn’t have chosen a better breed. These gorgeous cats have been well known through centuries as excellent mousers and loyal house pets. Nature herself shaped them to be both hardy and yet wonderfully affectionate. For that matter until 1895, when a Maine Coon tabby called “Cosey” won the first big cat show in the country, no one really gave a thought to this breed’s pedigree. [i]

The kitten you’re looking for already has an impressive ancestral history of overcoming obstacles and surviving harsh environments. So, it’s not surprising that after the advent of exotic long-haired breeds into the States made Maine Coons fall out of popularity (and some started to believe that the breed was extinct), they made a triumphant return in a CFA[ii] held pet show in 1976 and have been winning awards for being awesome ever since. Of course, some credit also goes to the dedicated breeders who loved Maine Coons and worked hard to preserve their line. Your new kitten will be everything you wished for. Maine Coons are best known for their amazingly friendly disposition and their adaptability to new environments. If you are careful about introducing them to existing pets in the household, your kitten will become friends with them in no time.

Cats in general are often said to be disloyal or lacking in affection. This is rubbish, yet you can’t convince people who hold up dogs as a measure of loving pets of the truth. They will never believe that cats have their own way of displaying trust and love for their human parents. Fortunately, Maine Coons are gifted with very expressive body language and have escaped the ignominy of being labelled aloof. While they aren’t as needy as dogs can be, they adore the company of their humans and will follow them around the house no matter where they go. You can’t live with a Maine Coon for any period and claim that they don’t think the world of you.

A fascinating aspect of Maine Coons is how easily they can be trained. Aside from their sociability, this is another reason why they’ve been dubbed the “dogs of the cat world.” You’ve even seen them in movies—remember Harry Potter’s Mrs. Norris? It takes a certain type of personality to become trained enough to star in a movie that big. So, if you were looking forward to a puppy who responded to your command, but your family decided on a cat instead—never fear. Your new kitten can be trained to come when you call, sit, and even sing along with you in their distinctive trilling voice.[iii]

If you’re now worried about being unable to manage such a huge cat, you must keep in mind that the average Maine Coon usually weighs between 8 to 16 pounds and will not be taking over your house with their majestic girth any time soon. A Maine Coon is a slow growing breed and takes anything between three to five years to come into their adult size. The charming consequence of this extended adolescence is that they remain kittens at heart for years.

This is why they are so adored by cat lovers all over the world–their antics can entertain you for hours. They can even be safely left alone with children, and are completely unafraid of strangers.

Something you’ll discover quite soon is your Maine Coon kitten’s love for water. Cats are all extremely clean creatures, but the Maine Coon are very particular about their hygiene. They can play in a tub for hours, lie by a pool, wash their food in a stream, and just generally bust the long held belief that cats hate water. They are also passionate about grooming themselves. Covered in a thick, multi-layered coat made to survive the harshest winter, it takes a Maine Coon constant vigilance to keep up their pristine appearance. Which is why they’ll appreciate any help their pet parents can give them on this matter.

They will lie patiently still while you comb out the tangles in their long-haired coat. It’s best to make this a regular practice since the shaggy fur can get matted if left alone for too long. They can also shed quite a bit, and it’s advisable to purchase a rake-style comb for cats and capture the excess, dead hair in the brush instead of letting it fly around the house and find its way into clothes and upholstery. The texture of the hair is soft and slightly oily, which makes it relatively easy to maintain.

An interesting fact about the Maine Coon breed is the sheer variety of colors they are available in. Most people believe that they are always a brown patterned tabby, but the truth is that this breed comes in seventy-five distinct colors. A long time ago, Maine Coons who lacked the easily identifiable racoon-like coloring were even called Maine Shags to differentiate them from their brown brethren.

Finally, a word about the hunting skills that this breed is famous for. Maine Coon cats are built to hunt in harsh environments and centuries of living with humans has honed their mouse preying instincts to razor sharpness. However, no matter how much you admire these traits, don’t convince yourself that your cat needs to spend most of the day outside your house. While any cat would love to go chasing birds and rodents, there is a high chance of them getting into fights, catching a disease, or even getting run over by cars. Your beloved Maine Coon would be perfectly happy inside the house, hunting toy mice and supervising your activities. All they need from you is love.

Now, that you know a little more about Maine Coon cats, it’s time to choose the kitten who’ll be a part of your family for the next 9 to 15 years. There are many reputable cat breeders whom you can contact to find your new pet; however, a pedigreed Maine Coon can be quite expensive. The alternative is to contact local rescue shelters[v] who often have abandoned Maine Coon cats waiting for adoption and giving one such amazing creature a second chance at life.

[iv] Video: Meet Ludo, the longest cat in the world

Maine Coon cat and Hypertrophic cardiomyopathy: What you can do to reduce the risks